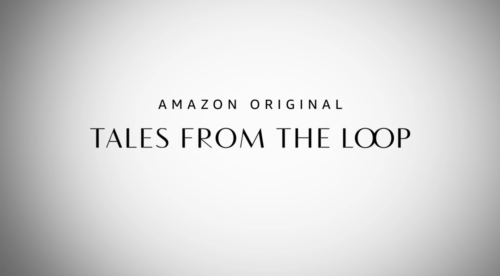 Well, I seem to be immersing myself in all things Tales from the Loop right now, so why not write about it?

Something that bugs me about shows filmed exclusively for streaming services, versus filmed with broadcast in mind, is a consistent time. The episodes each run 50-60 minutes, which isn’t an unreasonable difference, but it still irks me.

The Tales from the Loop RPG takes place during an alternate-history 1980s on the Mälaren Islands in Sweden but also has a US setting based in Boulder City, Nevada. The writers made the interesting, but understandable, the decision to place the series in Mercer, Ohio. Boulder City has a very harsh and distinctive landscape, including the nearby Hoover Dam, combined with other details from the game’s setting, would have made location filming difficult and faking it even more so. The islands in Lake Malar, west of Stockholm, would present its own problems for an American production. However, the landscape in Ohio (and more specifically surrounding Winnipeg, Manitoba, where the series was filmed) very closely matched many of the images created by Stålenhag in his art. The real Mercer gave a specific location, but is also innocuous enough to believably rewrite, including a nearby and unnamed city that otherwise doesn’t exist anywhere close by in real life.

In this version of history, the activities in the Mercer Center for Experimental Physics, locally known as “the Loop,” is not defined, beyond simply saying they research fantastic things, and the side effect of that research is that fantastic things often happen in the area. We do get to see into the Loop’s operations, but not in any great detail.

The series is structured as a series of interconnected stories, from a variety of points of view, rather than following a specific character or group of characters. Part of the monologue that opens the series points out that “Everyone in town is connected to the Loop in one way or another.” That isn’t just a reference to the many small communities that exist thanks to a specific company, but also a bit of foreshadowing of what’s to come. One episode is about a pair of kids, another one of those kid’s brother and his friend, the next follows one of their girlfriends, then on to other characters that viewers have met. This isn’t a disconnected anthology series; nor is it a linear, serialized, series. There is a common thread tying these stories together, structured in such a way that any number of seasons could be filmed with some or all of those stories overlapping the current season. The only real limitation is that the actors playing kids will grow up fast, potentially forcing some stories to also move forward.

I’m not sure what I expected, but nothing in the series was it. The pacing what I would call “artistic.” Far from fast-paced, but calling it “slow” seems like a disservice. The cinematography was unique and beautiful. Some sequences are drawn very specifically from Stålenhag’s art, while the whole thing maintains a feeling of normalcy amidst images that blend futuristic robots with the reality of 40 years ago. Nathaniel Halpern’s writing consistently leaves you bewildered, when a plot twist comes from seemly nowhere, and the story just smoothly carries on.

This isn’t a series that I feel should be binged back-to-back. Every episode has a depth to it that deserves to be savoured and given a chance to settle into your mind before moving on the next Tale.

You can watch the entirety of Tales from the Loop now, on Amazon Prime Video.