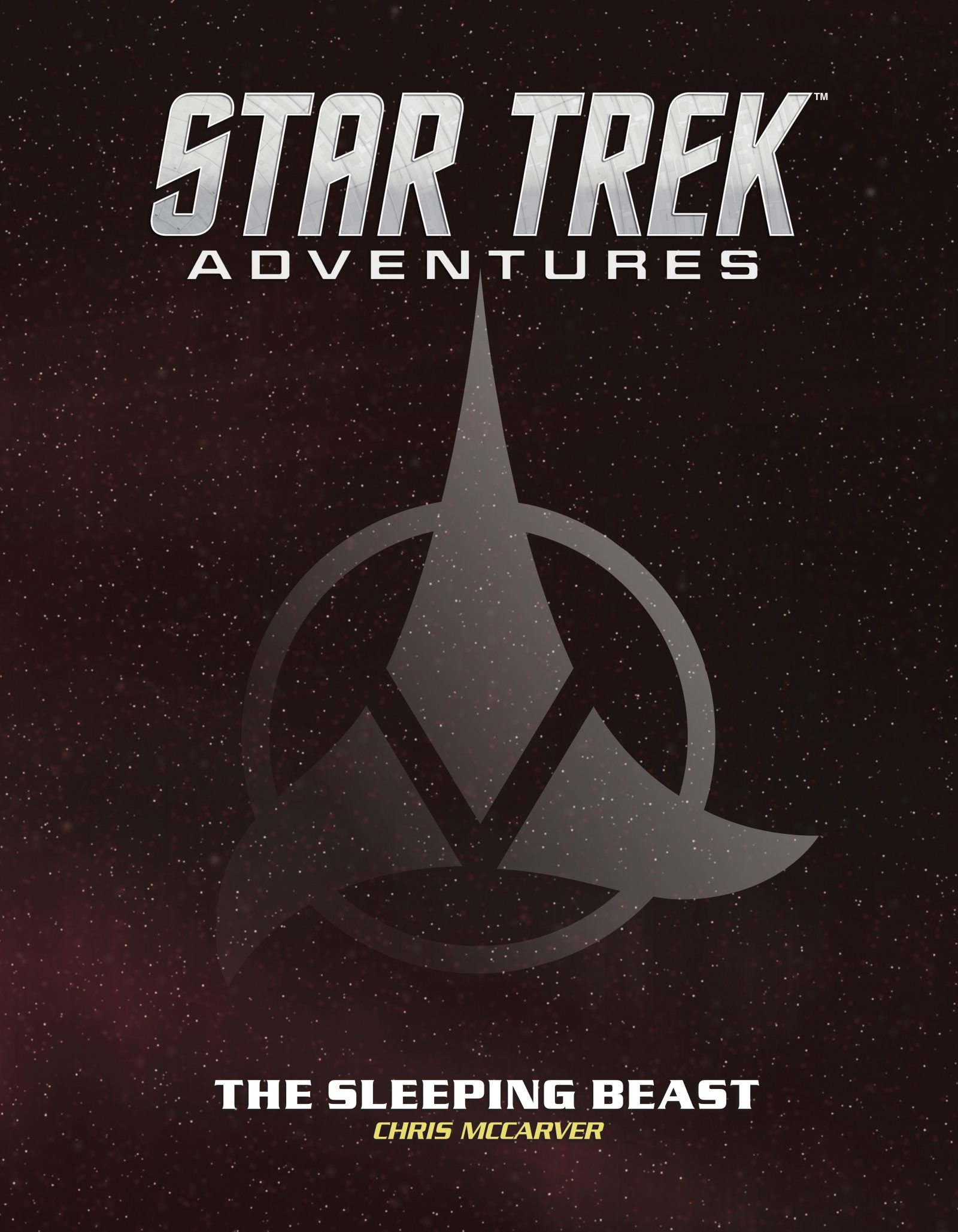 This is a (Mostly) Spoiler Free review of The Sleeping Beast, a one-shot scenario for Star Trek Adventures, using The Klingon Empire Core Rulebook. If you haven’t read that review, you may want to consider doing so.

I say this will be “Mostly” spoiler free because there are a few points that are right on that borderline of being a spoiler, so while I’ll do my best to not reveal any big plot points, be forewarned. As well, I never consider the back cover of an adventure to be a spoiler. Although this is a unique situation, in that The Sleeping Beast isn’t available as a standalone product. It is included with The Klingon Empire Gamemaster Toolkit, which I’ll be looking at in more detail tomorrow, so the normally easily found cover description isn’t as blatantly obvious as it might be. Nevertheless, Here it is.

An alien vessel is on a collision course with N’stegh, one of the Empire’s critical agricultural worlds. If the player characters cannot avert the collision, the ship’s impact will devastate the planet’s biosphere, rendering the planet uninhabitable, displacing millions of farmers and causing a catastrophic food shortage in the Empire’s rimward systems. The adventure also presents a potential encounter with a strange lien presence, which the player characters may choose to deal with through scientific analysis, the use of force, or a combination of both.

Do you remember that episode of Star Trek TNG called “Tin Man”? The Sleeping Beast is definitely an homage to that episode. Both the (unnamed) Skriaad ship here and Gomtuu (the Tin Man) aren’t identical but they are unquestionably close enough in design (inside and out) and backstory that the two ships could easily have the same origins.

The adventure starts, as every great adventure should, during a meal of unusually fresh targ steak, before the player’s ship rendezvous with the I.K.V. luSpet in the Buruk System and the adventure-proper begins.

The adventure is split into three acts. The first act is largely setup with the bulk of the action taking place in the second act. This is a pretty standard setup. Where things really get interesting (from an analytical standpoint) is the third act. The players have a specific goal from the very beginning, but what actions they take to get there has a drastic impact on what happens in the third act, and what happens in the third act can send equally drastic ripples through the player’s later adventures.

Speaking of the player’s later adventures, the adventure booklet closes out with a single page “Mission Brief” that presents the framework for a GM to build another adventure that could call back to this adventure down the road. To be clear, it could be played independently of The Sleeping Beast, but would make a much better follow-up to it.

I love this adventure. It could easily be adapted to a regular Starfleet-themed game or shifted into a different era of play. It has terrific hooks to make it work as part of a campaign, yet it still stands on its own as a one-shot. It is currently only available as part of The Klingon Empire Gamemaster Toolkit, which (again) I’ll be looking at tomorrow. So until then, ‘IwlIj jachjaj, Qapla’!