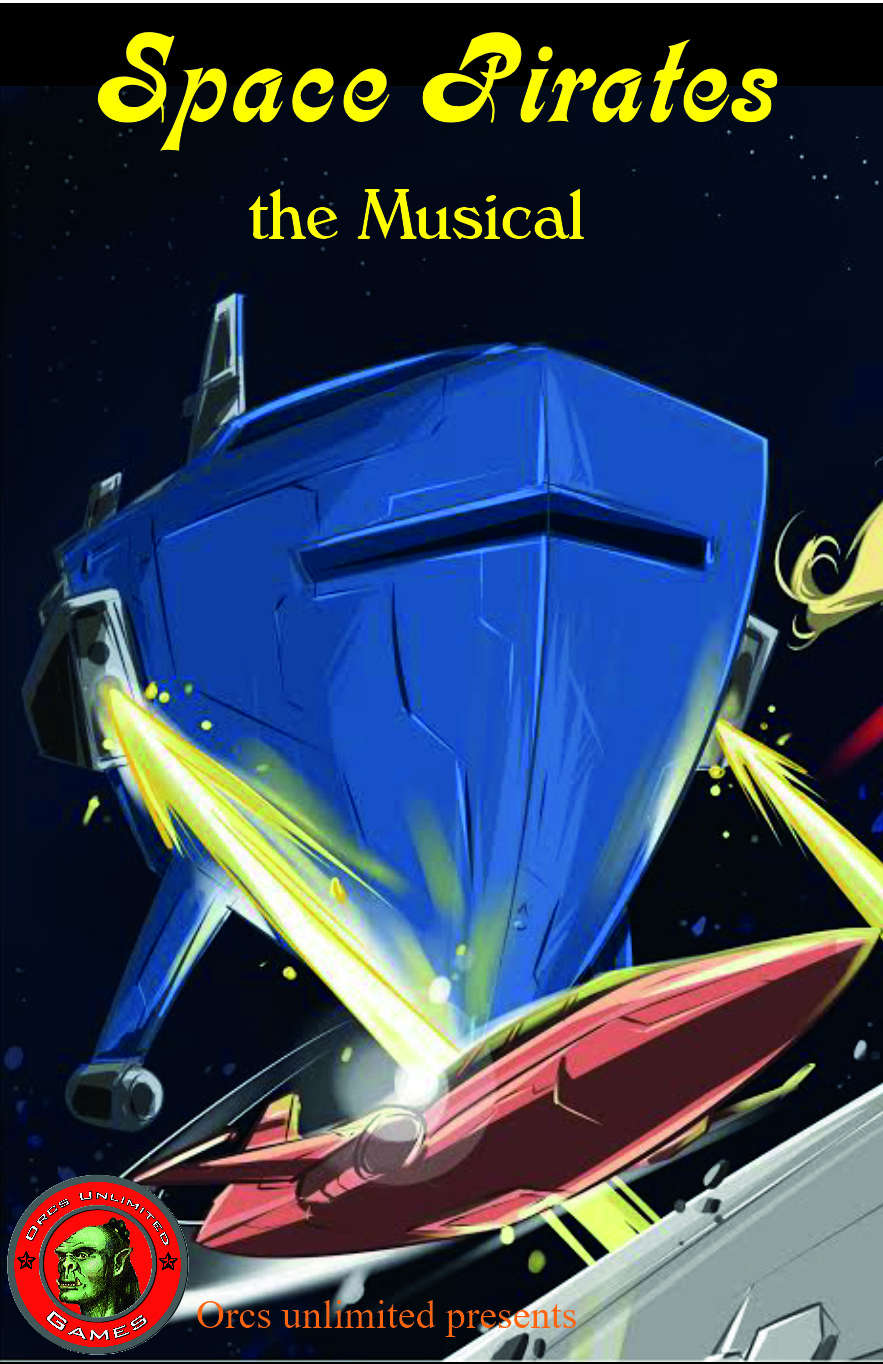 Space Pirates: The Musical is a rules-light roleplaying game with a fun twist. This will probably be a short review. Why? Because it’s a short RPG. How short, you ask? 22 pages worth of short.

Character creation is only a few pages long. You pick one of four races, roll for your basic stats, roll again for some random bonuses and flaws, and it’s done. Everything is based on a d6 system, so you don’t even need a lot of dice.

What makes this game a “musical” is that prior to playing the GM sets up a playlist on their favourite digital music player. Each of the songs is assigned to a Player Character, a Non-Player Character, or an action/scene. The playlist is started on random, and whenever a given song comes up the associated character or action can receive bonuses for the duration of the song. In addition, each player has a single opportunity to ‘Skip’ a song or to ‘Sing Along’ for more bonuses. It’s a really unique concept.

If you are playing with a GM who loves to create their own stories and can work with a basic outline, this game has the potential to be amazing. But part of the problem with rules-light systems is that as simple as they are to play they are that much harder to run. The book(let) closes with a full adventure outline over the course of two pages. It’s great, I want to play this adventure but I often end up being the person running it and that wouldn’t be fun for me, specifically.

Part of me wants to try to combine this with Red Shirts: Adventures in Absurdity or Kobolds Ate My Baby, since they both have a similar feel to this game and could end up fixing my “I have to run it” problem.

The only real issue I had with this game is that there is a paragraph missing regarding using special abilities. Otherwise, it has the potential to be a wonderful night of merriment.

Orcs Unlimited has also put out a second Musical RPG, applying the concept to a more traditional, pulp era, fantasy genre. You don’t specifically choose a race in Barbarians, but you still choose a job like a thief or a wizard. Some of the key terms have been adjusted for theme, and there are few more things added in, but it’s basically the same game in a new genre. Most importantly that missing paragraph about using Special Powers has been added back in. All told it still lands at a minuscule 32 pages.

Both Musical games are available as free downloads on DriveThruRPG.com, and the print editions are appropriately affordable for their size. Orcs Unlimited has been working hard on putting out some great, and unique, stuff covering several genres. With these two games are more like an appetizer for the remaining meal of their games. I also can’t neglect to rave about their customer service for a moment. I had a couple honest glitches with my Kickstarter fulfillment and they corrected it in spades. They really are a great indie publisher that deserves some support so they can keep growing.

1 thought on “Space Pirates: The Musical”