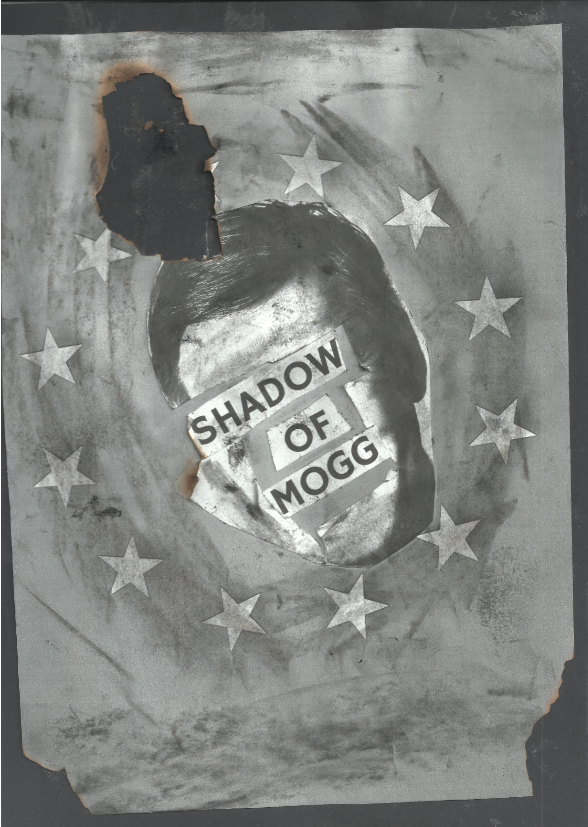 Shadow of Mogg is a post-Brexit tabletop roleplaying game set after THE EVENT.

DO NOT THINK ABOUT THE EVENT.

You play as a democratic party who survived THE EVENT and subsist in the subterranean underground network beneath the former city of London.

All your decisions are made and resolved by the Party for the Party.

Will your party prosper or succumb to the tunnels?

So begins Shadow of Mogg.

As the description states, Shadow of Mogg takes place after “The Event” throughout London’s Underground (subway) tunnels. It’s a great premise for a movie and an interesting choice for an RPG. Where most roleplaying games boast an open world –or even an open galaxy– for players to potentially explore, Shadow of Mogg takes place in a specifically closed location. As a side note to all of this, the game does point out that you can substitute out pretty well any subterranean tunnel system, which is great because I can’t be alone in the fact that I wouldn’t know where to start with the idiosyncrasies of London’s Underground. Not that I’d do much better anywhere else; I still get screwed up on Calgary’s C-Train.

Even the title not-so-subtly takes its name from BREXIT-pushing Member of Parliament Jacob Rees-Mogg. A politician whose beliefs are regressively “traditional” to the point of anachronism, he has been called the “Honourable Member for the 18th century”.

Moving onto gameplay, the core mechanic is democracy. All decisions are voted on by the entire Party. If the Party might to get into a Ruck with another Party, for example, a majority of the characters must agree. If the Resolution of a vote warrants rolling dice, each player will bid pools of dice from their Stats, Skills, Stuff, and Mates. The success of a roll is based on the highest number rolled, but any 1s rolled also reduces the number of dice available in that character’s dice pool next time. Since The group makes decisions collectively, the Party has its own “character sheet” of sorts. The Party Manifesto is a sheet to record any Party resources, stats, and laws that govern the group. These things similarly affect how events in the game evolve and are resolved.

Shadow of Mogg was created as part of Kickstarter’s Zine Quest 2 promotion, intended to give focus to campaigns for zine-style publications. At 88 pages, I’m not sure I would call this a proper zine, but the design otherwise fits the profile. The artwork is intentionally very rough, and many of the page designs look like they could have been pasted together physically and then photocopied in black and white (or scanned, as the case may be). I generally love the feeling that the style evokes, but there are some places where the grey background muddies some of the text.

Zines are, by nature, extraordinarily rules-light games. I know there are plenty of players who thrive in this sort of game, and with an appropriate person driving the story (called the Speaker, presumably after the political Speaker of the House) this game has so much potential. The closed world and unique Party dynamic could lead to some interesting multi-table games, with different Parties interacting with each other as they move through The Underground.

Even if you don’t understand all the regional jargon, just roll with it. Even if you don’t want to play it in a subway, you can just move it. No matter what, this is a solid game that presents a great twist on the post-apocalyptic genre.

Shadow of Mogg is published by Manic Productions with Anima Press.

You can find Manic Productions, including a great blog looking deeper at the game’s design and inspiration, online at manicproductions.co.uk or on Facebook at facebook.com/manicprodlogo.

Anima Press is online at www.anima.press or on Facebook at facebook.com/animapressgames.