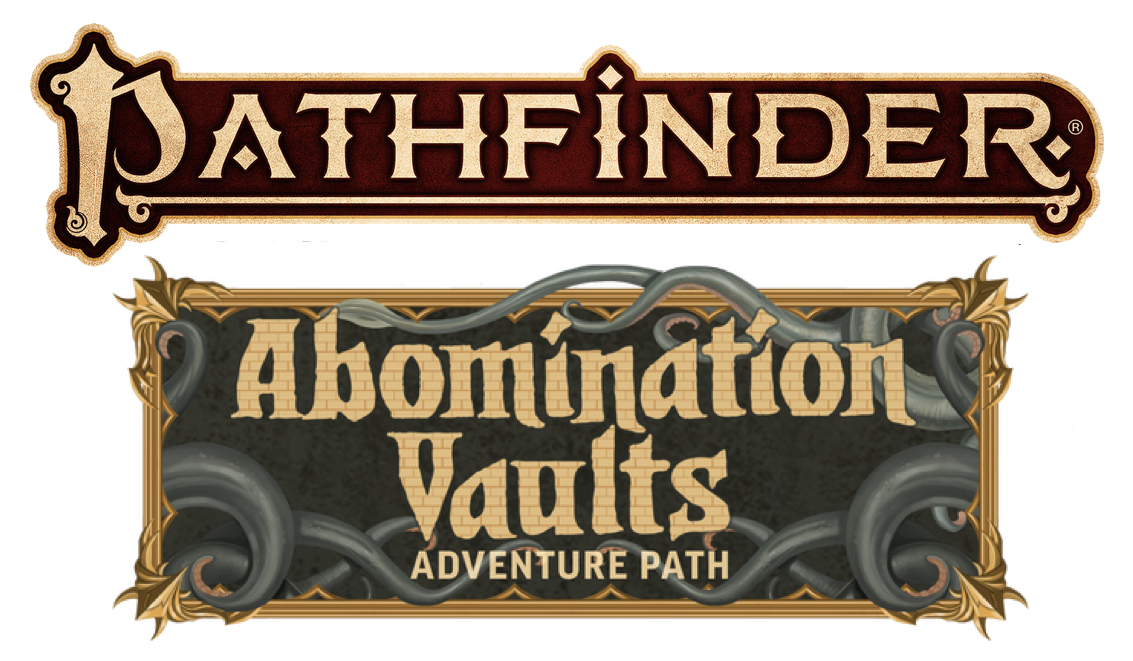 Sometimes it’s better to be a bit behind when reviewing Adventure Paths. Pathfinder’s three-part Abomination Vaults AP wrapped up in April and the supporting pawn set is being released in June, so to me, this is the perfect sweet spot to look at part 1, Ruins of Gauntlight.

As much as I loved the theme, story, and downtime components of the Extinction Curse, I love Abomination Vaults for the exact opposite reasons. This is as pure a dungeon dive as you can get. There is a plot, of course, and the plot is ultimately what drives the adventure forward. (Shocking, I know.) There are adventures in which the encounters are there to support an ongoing story. Here, the story is really there as a way to connect the encounters together. Both both approaches can be equally satisfying in there own way.

The location of the Abomination Vaults is a massive, ever-deepening, multilevel structure. The potentially awkward part of having such a large and interconnected space, is that presents a different sort of sandbox to play in. A group may find a secret door to a lower level, bypassing certain plot points, or encountering things before they probably should. Paizo has done an exceptional job at balancing those issues. Some of the story details guide the GM on how to adjust for this, and the Advancement Track is based primarily on less specific Milestones, rather than strict experience points or what chapter of the adventure they are in. They also provide some hints to adjust the pacing when needed.

After the adventures conclude, we get the usual back matter. The Gazetteer for the city of Otari is especially interesting, given the nature of the story. While most of the action takes place on (and under) the grounds of the nearby Gauntlight Keep, there are some significant connections with the city. Additionally, the city is featured in the Pathfinder Beginner Box adventure, Menace Under Otari, and the two adventures can be integrated with little difficulty. The Gazeteer here does have a good amount more detail, including several more locations, than the Beginner Box. That is something that is completely understandable, but I can’t help wish that the numbering for locations that were used in one book carried through to other books and maps. Little details.

The Adventure Toolkit is, again, pretty standard, but that doesn’t make it any less important and interesting. There are good length histories of [REDACTED] the Big Bad of these adventures, some of the other notable NPC, and a summary of the whole Adventure Path. All the new artifacts, items, rituals, spells, and monsters are all covered in full detail.
We also get a new archetype, the Ghost Hunter, that has so much future potential that it’s not even funny. How many amazing “Ghost Hunter” stories and franchises can you think of? There are a ton of them, each with a unique tone that a good GM could build around.

Ruins of Gauntlight kicks off an adventure path that manages to be very straightforward, super complex, and very flexible, all at once. It’s hard to imagine a group of players who won’t enjoy what the whole Abomination Vaults series brings to the table.