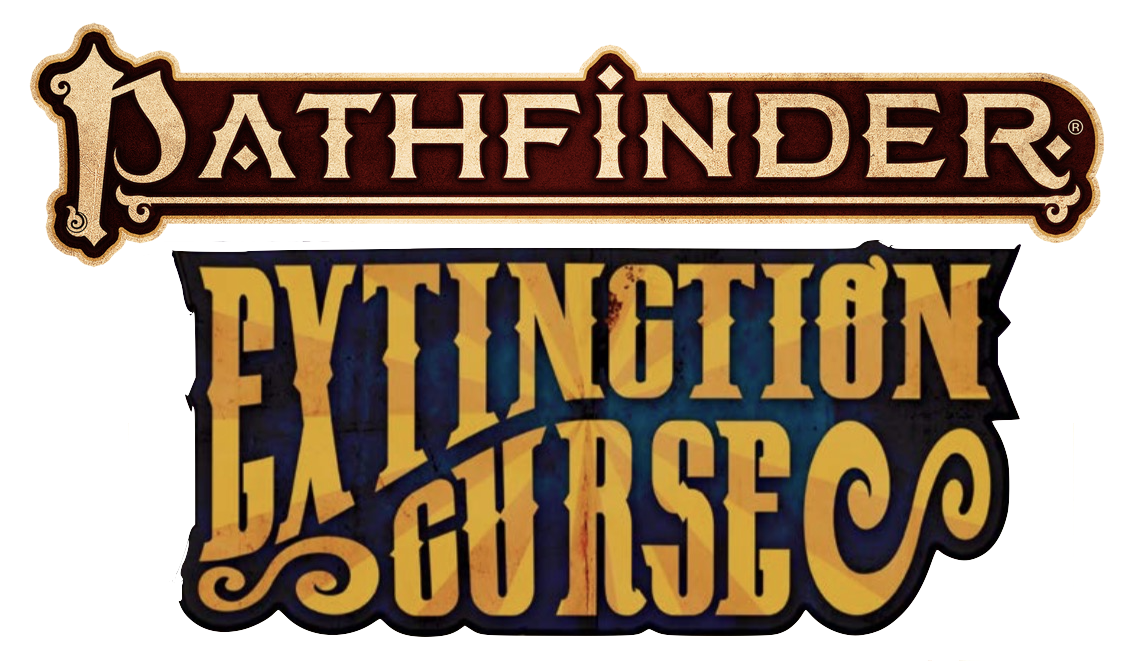 This is part six of seven in a comprehensive review of the entire Extinction Curse Adventure Path. You’ll be able to read all the parts below.
part 1 • part 2 • part 3 • part 4 • part 5 • part 6 • accessories

I don’t particularly want to write this review. Why? Because it’s the final part of the Extinction Curse Adventure Path. Players should be coming in at Level 18 and should hit Level 20 but the final chapter.

“With fabulous magical abilities at their command, the heroes ascend to the sanctuary of the dead god Aroden high in the Kortos Mounts. Their path is barred both by epic trails Aroden placed to test visitors and by powerful foes protecting the wicked prophet Sarvel Ever-Hunger. The race is on as Sarvel labors to unlock Aroden’s extinction curse, a ritual to wipe out life on the Starstone Isles!”

But first, The Circus of Wayword Wonders must make their way to the city of Diobel. This SEEMS to be the normal humdrum of a show (if the players aren’t into it) but the downtime activity sets up several important plot points. There are always rumours to be had in cities, and they are often helpful. But in this case, they seem more important than usual. Some are still small things like introducing a potential high-level NPC recruit to their circus. Some could change how players approach certain encounters, but won’t end them if they miss it. But one foreshadows the importance of the entire second chapter. It won’t really change the outcomes, but I’ll come back to that.

Once the players head out on the adventure-proper, the first chapter consists of a handful of only-thinly connected encounters. There is nothing particularly wrong with this approach, and the players are certain to enjoy each of them. To be vague, one of them could almost run as a standalone session, and any of them could be lifted out and dropped into just about any level-appropriate scenario with minimal work.

The second chapter is much more thematically relevant. It features the Trials of Aroden mentioned in the above back cover blurb. These trials were also hinted at by the rumours in Diobel, and even earlier. They harken back to a seemly minor trap-encounter in Legacy of the Lost God. This entire chapter has the potential to be skipped or truncated at the player’s whim. Whether their choice of timing to move on ends up being a good idea versus a lethally terrible one falls into the category of a bit of luck and definitely a spoiler. Sorry.

The Last Act of the adventure is one I won’t even talk about, beyond saying wow. Once the adventure ends, there are a handful of potential results. But assuming one or more of the players survive to return to Diobel and the circus, there can be opportunities to run a few more shows there and maybe carry on to Absolon and the upcoming Radiant Festival there. Perhaps the player’s want to create new characters and carry on performing in other adventures. Maybe they pass on the once-in-a-lifetime festivities in the City at the Center of the World; but whether they travel to Absolon or not, that is where the Agents of Edgewatch Adventure Path begins.

For me, it was the circus theme that drew me to this campaign, and while there are some thematic Level 20 “Capstone” Feats, like Ringmaster’s Introduction, I can’t help but be slightly disappointed that Paizo didn’t continue to build on the theme for the future. Yes, the players for THIS Adventure Path would be set by the second or third part, but I would have liked to see more performance-based Archetypes and such included in the latter releases. I would gladly forego an extra monster or two in the bestiary section of the Adventure Toolbox chapters to give the next groups playing in this sandbox more opportunities. Similarly not taking the opportunity to officially expand the performance sub-rules into other types of venues in Siege of the Dinosaurs was a missed opportunity that I can’t seem to let go of.

Unfortunately, international shipping issues have forced us to delay our planned accessories review, but rest assured it will be coming as soon as we can do so. Until then you can find Pathfinder Second Edition, and all things Paizo, online at paizo.com or on Facebook at facebook.com/paizo.