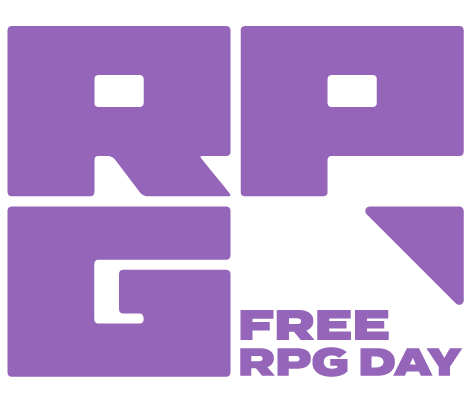 On top of the video, I’ve broken up this closer look at the offering into two parts. You can watch the video HERE and part 1 of my thoughts are HERE.

Kids on Brooms takes the hit game Kids on Bikes to a new and magical level. This book presents a pared down set of rules geared towards new players rather than the GM. It bypasses the collective worldbuilding steps and walks you through character creation (again, without as many the bells and whistles as the full game), before discussing the main how-to-play rules. If you brought this book to the table for a full game, you’d be sitting pretty.

This game is based on the Oni Press graphic novel series Junior Braves of the Apocalypse and uses a variation of the rules for Kids on Bikes. In the game, players take on the persona of a particular Tribe of Junior Braves, the scouting organization from the comics. There is a quick overview of the character rules, six example characters, and a blank character sheet for creating your own scout; concluding with a loosely framed adventure. One of the neat things that is brought up is that instead of bonuses coming directly from skills, they come from Skill Patches that a scout has earned for having learned different skills, and wears on their uniform. It’s a nice nod to the scouting character trope.
[editior’s note: right now the Washington NFL team and Edmonton CFL team are in the process of changing their names to build on their respective histories while also reflecting the society we live in today. This quickstart book does not provide enough context or source material to make a judgement on the social appropriateness of its content, so please don’t make assumptions. -dc]

Sometimes, often even, there are games that it seems EVERYONE has played. Everyone but me because I’m busy playing the games that probably haven’t hit that level yet. Root is rapidly getting to that level, and sure enough I haven’t played it. Now we have Root the Roleplaying Game coming up in early 2021.

For Free RPG Day Magpie has released the Pellenicky Glade Quickstart. The slightly odd title refers to the Pellenicky Glade “Clearing”, which is a specific location setting within the larger Woodland world of the game. Written specifically for Free RPG Day it includes all the NPCs and local intrigue to run 1-2 games sessions there. There are also six pregenerated characters, each build using a different playbook. (A sort of detailed character template used in the Powered by the Apocalypse system.)

The Quickstart rules are comparatively simple to follow, but if you are already familiar with PbtA games than it will make more sense. I’m not going to sugarcoat this, I’ve not had the sorts of experiences with Powered by the Apocalypse that makes it a selling point for me. So I wanted to take a bit of extra time in looking at this one. I think I would play this and enjoy myself. The art is certainly as attractive as it is distinctive. The general storyline of the game sounds interesting. I want to know more, and isn’t that a big part of what Free RPG Day is about?

This was probably the release I was most curious to dig into when it was announced, and it’s popped up more than once when looking into other games by the creators included in this book. Level 1 is the first in what is planned to be a yearly series of Free RPG Day anthologies. It contains 15 short RPGs by indie creators form around the world and is sponsored by some of the biggest names in today’s RPG market.

The longest game is only 7 pages and the shortest is a scant 1 page. There are solo games, LARPs, serious games, funny games, games with goats in them, and a game about being a moose that’s high on mushrooms (a legitimate thing moose do in the real world, btw).

Not every game is likely to appeal to every gamer, which really is a good thing. Without the somewhat forced homogeny of mass-market publishing, creativity can bloom to extraordinary levels. There are games here that go right over my head, and other games that excite me to try out as soon as I have the opportunity. 9th Level is already hard at work developing Level 1, volume 2 for Free RPG Day 2021 and I’m already waiting for it. Is it next year yet?

I somehow didn’t get a copy of this 5E compatible adventure of furry heroes, but the PDF version will be released on August 22 and there are a number of free resources to go with it already available for download.

Free RPG Day has always included more than just books. Q-Workshop once again provided some fun dice; as did Gate Keeper Games, who released a d6 and d20 in three different colours, each featuring the new Free RPG Day logo. As well, Roll20 gave away codes for a 3-month pro membership to their site. Mantic Games, The Army Painter, and Dave Taylor Miniatures teamed up to provide some terrain pieces and a guide to painting them. Plus Wizkids provided a small number of Warlock Tiles, that I mentioned in part 1.

This year’s Free RPG Day has a new team behind it, and you can find out more about participating as a gamer, retailer, or publisher online at www.freerpgday.com or on Facebook at facebook.com/FreeRPGDay.