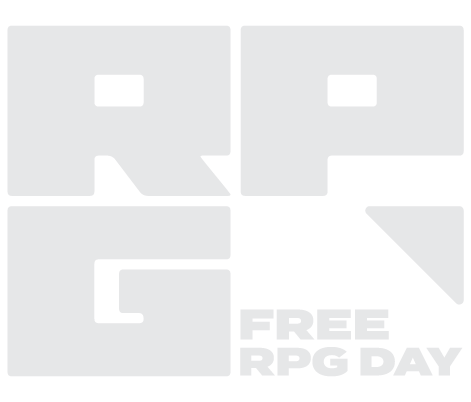 On top of the video, I’ve broken up this closer look at the offering into two parts. You can watch the video HERE and part 2 will be HERE later this week.

Rain of Mercy is an interesting QuickStart adventure. The first half of the book walks through the world of Warhammer. The actual adventure uses simplified rules that are explained bit by bit as they become relevant to gameplay. It’s a model that is great for learning on the fly since it doesn’t get overwhelming with all the information all at once.

Maw of Abraxis is a QuickStart that brings the Keyforge universe into the Genesys universe roleplaying game. Genesys uses a highly proprietary dice system, with dice packages available in stores or using the Genesys Dice app. During the weekend of Free RPG Day, the app was free, which is great for people who picked this up to try immediately. Normally however it costs, and the dice aren’t easily substituted making this a distinctly less-than-free option by the time you are reading this.

This was the super rare premium giveaway this year. Warlock Tiles are. Set of 3D, prepainted, modular dungeon room tiles. The doors open and close, the walls can be added or taken away, and they all connect seamlessly with the other sets. As I write this, I haven’t put it together yet, but I’m looking forward to it. Also included are three plastic kobold standees. One each in red, green, and blue. I doubt it was intentional, but that matches up with 3/5 of the characters in the Pathfinder adventure (below).

During the first edition era, Paizo had put out a series of goblin based adventures for Free RPG Day. Last year they added a Pathfinder Playtest adventure to that series. I assumed, as I suspect others may have, that we would be seeing a Second Edition entry this year. But unlike when We Be Goblins came out, Goblins are now a core playable ancestry. They aren’t as special as they were, in that way. So I was both saddened and elated to see that Little Trouble in Big Absalom is a first level adventure for KOBOLDS!

The back cover says that the pregenerated kobold characters also provide a sneak peek into the Advanced Player Guide, making me very excited to get my hands on that sourcebook. There’s no QuickStart here, just adventure. Two adventures, to be precise. These can be played back to back as a single adventure, played separately, or even completely independent of each other. The one page Adventure Toolbox gives a few glances at the Kolbold ancestry, heritages, and feats that will be delved into more deeply in the Advance Players Guide. Finally, the five characters may just be some of the most interesting pregens for any system that I’ve encountered in years.

Dakoyo, Gazigaz, Nako, and Quonx are back for another Free RPG Day Starfinder adventure, Skitter Home. Like their Pathfinder adventure, Paizo has split this adventure into two parts that can be played in whatever way you want. The four returning pregenerated characters are levelled up for the adventure, but if you can get ahold of the previous two entries (the PDFs are free in the Paizo webstore) You can get some great additional information on skittermander society. But if you can’t, this is a blast on its own.

I mentioned in my “unboxing” video that I wasn’t sure if this was the same starter rules that have been released before, and it looks like they are. Goodman Games just changed the double-sided flipbook layout they used in previous years. This new format has an eyecatching gold on black cover and has two short adventures at the end with pregenerated characters available on their website. I’ve been increasingly put off of OSR style games in recent years, but Dungeon Crawl Classics has always come across as one of the best games in that rules-genre.

Overlight is nothing less than one of the most beautifully illustrated games ever made. The original core rulebook is entirely illustrated by Kwanchai Moriya, and the cover artist for The Lost Spire of Tziuhquatl, Joanna Barnum, has such a complimentary style that on a quick glance you might not realize which artist you’re looking at.

This is not a small book. The four-act adventure is over 30 pages long, and even the pregenerated characters have 3-4 pages dedicated to each of them. There are four pregens, and the adventure is written for up to six players, so a more experienced player can easily bring their own character to the table.

This year’s Free RPG Day has a new team behind it, and you can find out more about participating as a gamer, retailer, or publisher online at www.freerpgday.com or on Facebook at facebook.com/FreeRPGDay