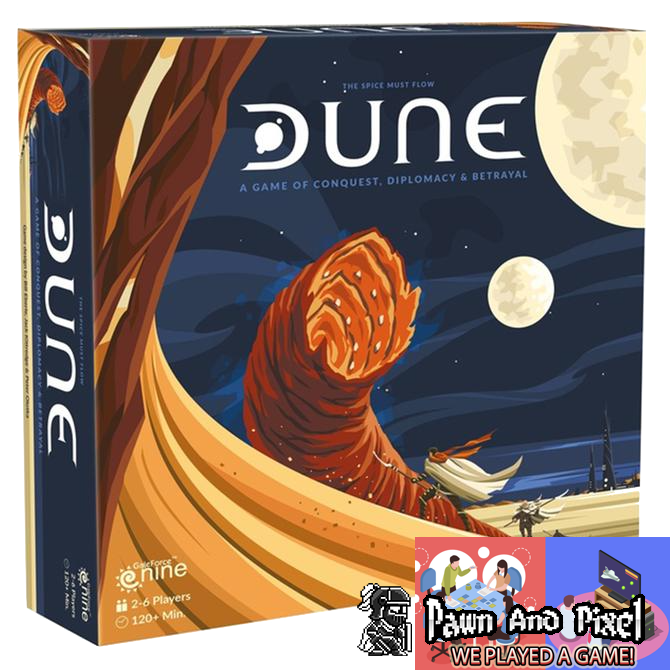 A few weeks ago, Dave got to sit in with the Pawn and Pixel team for a game of Gale Force Nine’s reprint of the 1979 game, Dune. You can click HERE to read everyone’s thoughts, but Dave’s are below.

I appreciate Dune. I acknowledge what Frank Herbert and Dune have done for literature, film, and science fiction in general. But I’ve never LOVED Dune. So when the opportunity came up to play Gale Force Nine’s reprint of the 1979 game, I was more intrigued than I was excited. However, since the Pawn and Pixel team normally plays a different style of game than most of my normal player base enjoys, I of course said yes.

Watching the series of official how to play videos worried me, and I think YouTube navigated me away before I had watched them all, but once we got playing things started to click for me and when you can focus mostly on your own faction the game isn’t that hard to play. Strategic, yes. Difficult to play, no. I would 100% play it again, and I’ll likely give the whole franchise another look as well.