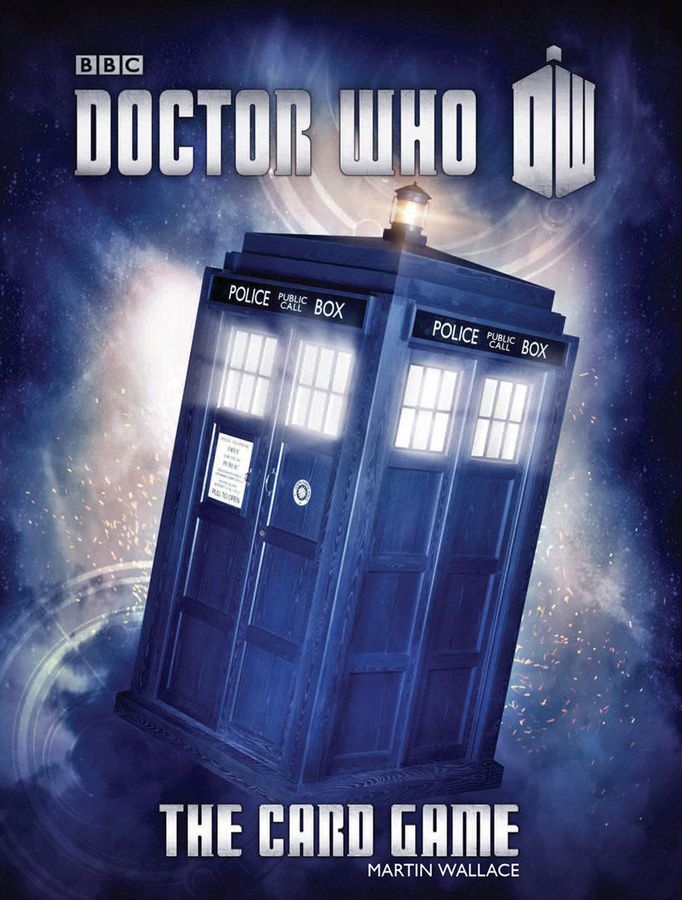 Some months ago I wrote about Doctor Who: The Card Game – Classic Doctors Edition. (I even made a video about it.) I also wrote about my love for classic science fiction, and classic Who specifically. When I said that, it didn’t mean to imply I don’t also love new Who. Because I do. If you’ve never watched it, try to start with last season, with the start of Jody Whittaker’s tenure. Maybe the start of the David Tennant years, when the modern show really caught its footing. Personally, I’m a huge fan of Matt Smith, and I think Peter Capaldi got shafted by the writing team for most of his time in the TARDIS. Since I’ve mentioned every other Doctor, I may as well add that Christopher Eccelston’s season started a bit shaky, and I wish it had gone better both in front and behind the camera.

But we aren’t here to talk TV. We’re here to talk about the Card Game. I’ll try not to say exactly the same things as I did before.

In Doctor Who: The Card Game, players use The Doctor and his Companions to defend all of space and time from the evil forces of the Silurians, Sontarans, and the Master, along with larger threats like the Daleks, Cybermen, and The Adipose. Simultaneously, players get to pit those same evil forces against The Doctor and friends.

The gist of the game is that on a player’s turn, they will play location cards in front of them. They can play an attacker, or group of attackers, facedown on someone else’s Location; or a Defender, or group of Defenders, on one of their own Locations. If there are ever both attackers and defenders at the same location, combat immediately ensures (shocking, I know). Before or after combat, a player may also be able to play support cards from their hand for a variety of effects. At the end of every player’s turn, they must pass three cards back to the player on their right, as play proceeds with the player to their left.

The game ends immediately when any player is able to start their turn with all five of their Dalek or TARDIS tokens in play. If the End of Game card is revealed before that happens, players will continue to play one action per turn, without passing cards or refilling their hand after playing, until any player cannot take a legal action. Victory points are then awarded to each player for every Location not under attack in front of them, and for any other player’s Location they are attacking.

That’s a very fast overview, but if you want a slightly more detailed look at gameplay, jump over and read the previous Classic Doctors Edition review.

The current version of Doctor Who: The Card Game is a second edition release. The first edition came out during Matt Smith’s era, with Peter Capaldi’s Twelfth Doctor being added later as a large expansion. This second edition covers right up to the early Capaldi era.

With those updates, lay the difficulty in working with the Doctor Who property. There is always a delicate balance to be made between featuring what is “current” at the time, what has come before, and anticipating what will invariably change completely by the end of a season. As an example, the card for The Master features John Simm’s portrayal. This makes sense with Derek Jacobi only playing the character for one story, and Michelle Gomez’s “Missy” incarnation having barely been introduced at the time. But five years later Gomez has appeared in the most storylines of any incarnation of the character ever.

Once you get past the oddity of passing cards one direction while play moves in the other direction, the game is largely straight forward. When questions do come up, and they probably will, there is a section in the rulebook explaining how some of the more complex cards work. In more than a few cases, once you understand one of those cards, the others become equally easy to understand. I normally hate games that force me to reference a long list of how things work. But in this case, you usually only need to check for a quick clarification. The cards generally make sense unless you play with those people that want to argue over semantics.

Regardless of which version of Doctor Who: The Card Game you choose to play, you’re sure to have a fun wibbly-wobbly timey-wimey. So jump into a TARDIS, because there’s a whole big universe out there that needs help.