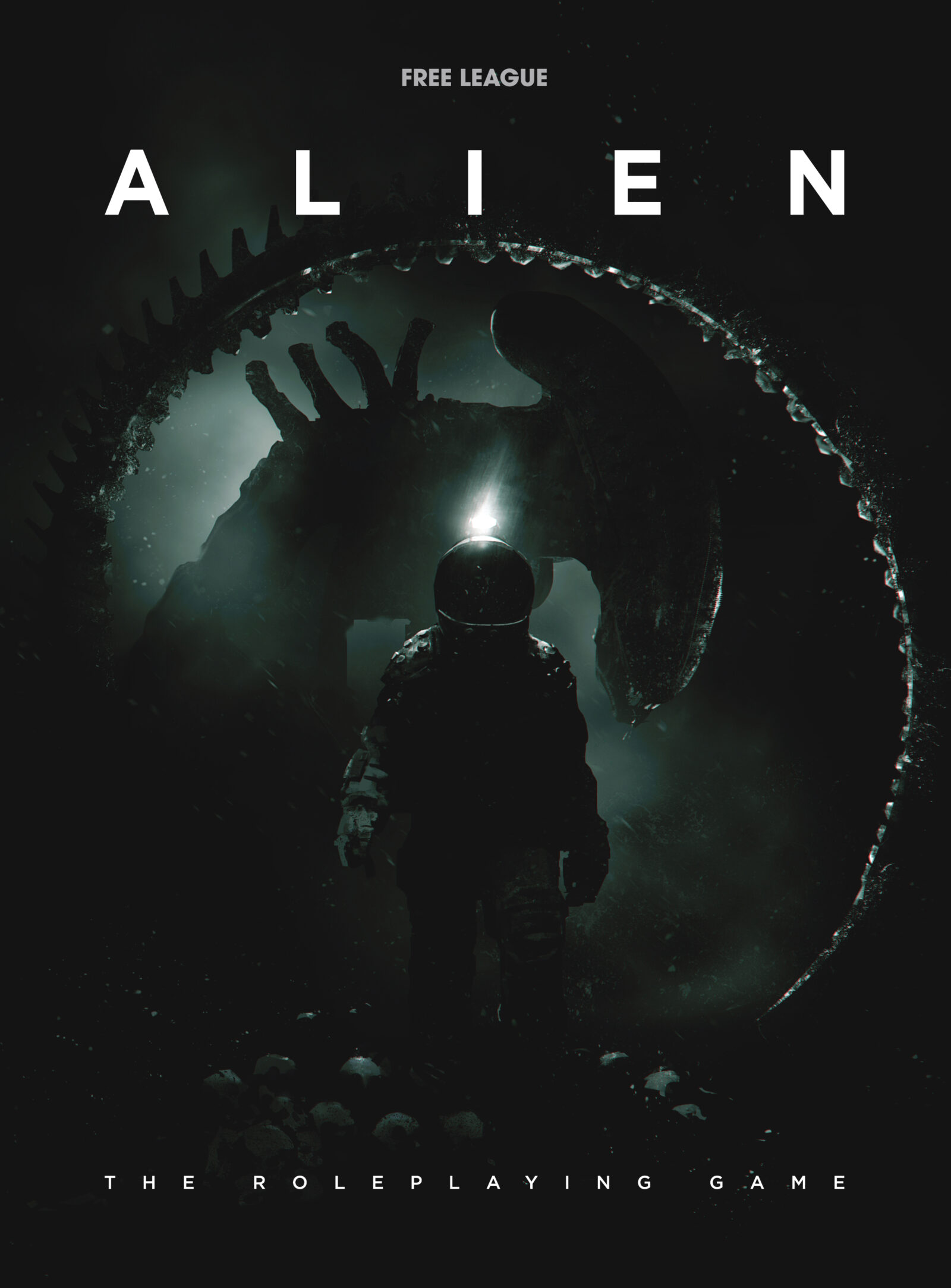 Wayyyyyy back when I first started writing reviews for another site, I thought I would be witty and have a sort of catchphrase opening line. It wasn’t witty, and it got stale real fast. This review, however, deserves that opening and so…

I have a confession to make. I don’t love the ALIEN movies. There’s no real reason for me not to, but I just have never really cared for them. That being said, I do enjoy the franchise that has exploded from the chest of Ridley Scott’s masterpiece. I desperately want to see ALIEN: The Play, and ALIEN: Phalanx by Scott Sigler is one of the best new books I’ve read (technically listened to) in some time. So much so that I literally told Free League staff to commission him to adapt it for the game, or to write something new for them. It wasn’t until I got into the rulebook before I discovered his ALIEN short stay is included in the list of recommended reading.

The Roleplaying Game itself draws from sources across the franchise, and the core rulebook does an amazing job collating 40 years of those different sources into one unified product with the room to expand as the IP does. Let’s be honest here, that’s exactly what’s been happening. The ALIEN franchise has experienced more growth in the past decade than ever before.

Interspersed throughout the book are snippets of fiction – a paragraph here, a page there – that are every bit as evocative of the retro-futuristic horror that ALIEN has embraced as any novel or film to date. That same feeling carries through to almost every aspect of the game. We are constantly reminded in one way or another, that on the Frontier function is more important than fancy when your life is on the line.

The text layout accentuates that same feeling, while also delivering one of the cleanest and easiest to read rulebooks I’ve worked with in some time. Even boring tables of data are somehow even clearer to read than normal, despite not doing anything drastically different to them.

Art-wise it isn’t a strictly single-artist book, but anything that isn’t a functional picture (weapons/vehicles/cartography) is a single artist. Whereas the general layout leans towards the sci-fi setting, the style of the main art accentuates the horror and a “sense of wonder” that makes ALIEN what it is. Martin Grip, the Lead Artist, has beautifully captured what this game needed and if his art somehow slows down future releases, I’m happy to wait for him. (You can see some of the art in the official trailer at the end of this review, but it has more punch in the actual book.)

On the mechanical side of things, ALIEN is built on the same Year Zero Engine that is used for Tales from the Loop, and other Free League games like the upcoming “Nordic Horror RPG,” Vaessen. From the description, I assume Vassen will draw heavily on the new Stress and Panic mechanics that have been added into ALIEN, but I only have experience with TftL. One of the main principles in Tales from the Loop is that the Kids (players) will never die. They may get hurt, they may do something that forces their removal from the game, but they are kids and kids don’t die. ALIEN, on the other hand, almost guarantees that players will die, and that death will likely be unpleasant.

One of the biggest differences in ALIEN, compared to Tales from the Loop, is the addition of Stress and Panic. When a Kid chooses to Push a roll in TftL they must check a Condition, effectively taking damage. In ALIEN when you Push a roll (and many other things) it increases the Stress Level of the character. This is a neat mechanic with the dice. When rolling regular dice, rolling a single 6 (with the total number of d6 equal to the appropriate skill stat) is a success. When you roll for a skill, you must also roll the number Stress Dice equal to your Stress Level. Rolling a 6 on a Stress Die is still a success, however, any roll of 1 on a Stress Die means the player cannot Push their roll and must make a Panic roll. The Panic Roll adds your stress level to a single d6 roll, and the character takes the matching Panic Action listed in the rulebook (or on the GM Screen if the Game Mother has it). Because they have the addition Stress mechanic attached, it is recommended that stress dice be a different colour than a player’s regular dice. Free League does offer a set of ten custom Stress Dice, but as long as they are easily distinguishable you can use whatever. Conditions still exist in ALIEN, but they have specific effects and Health is tracked separately. All of these different things have the potential to leave your character mentally traumatized or (more mercifully) dead.

In the movies and much of this game, a ship’s AI system is called MU/TH/UR, or simply Mother. So amusingly the GM in ALIEN stands not for Game Master, but Game Mother. It’s one of the few instances where the game allows itself a moment of levity amidst all the horror. But a good Game Mother doesn’t just run the players against wave after wave of Xenomorphs, they tell a story that is well calculated to keep you in suspense. There are two main ways they can do this, Cinematic Play and Campaign Play. Cinematic Play is a game structured to be a close-ended story like a movie. Most often characters are pre-generated to best fit the scenario, the core rulebook ends with one such adventure, and a longer one, Chariot of the Gods, is also available separately. Campaign Play usually involves the players creating their own characters that they will play over the course of multiple games… Assuming they survive that long, of course.

Coming out in the next few weeks will be the ALIEN Starter Box, which includes a downsized rulebook, the Chariot of the Gods, and a variety of accessories. As well there is a new, longer, Cinematic Scenario called Destroyer of Worlds being released as a box with a number of supporting accessories. ALIEN The Roleplaying Game is clearly not going anywhere, now all we need is for Free League to come at the property from the other end with a Predator RPG and AvP sourcebook to link the two.