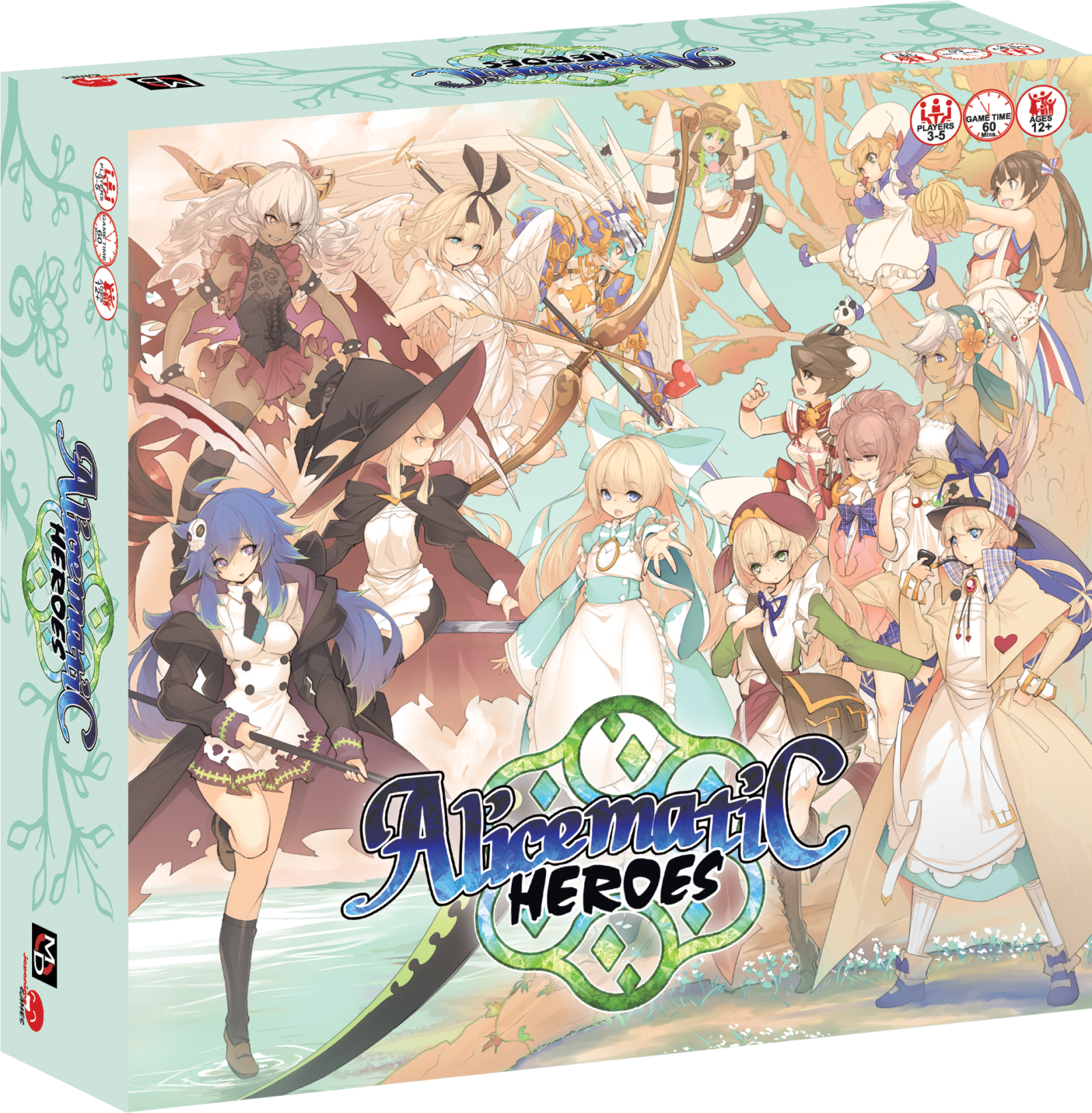 Alice in Wonderland. For more than 150 years it has been one of the most loved children’s stories in the English speaking world. There have been dozens of film adaptations (three dozen to be precise), numerous books and comics, but very few games. Off the top of my head, I can think of a couple of video games, and no tabletop games (although a glance at Board Game Geek reminded me of a couple. Well, Alicematic Heroes bring Alice to a whole new level, along with Alice, Alice, Alice, and Alice.

The modern world is a busy place where the dreams of people are eaten up by the pressures of the daily grind. The result is the birth of the Nothing, a malevolent force that feeds on dreams. Hungry for more, the Nothing invaded the land of dreams, the Wonderland. The Queen of Hearts a dreamer of unparalleled power, Alice. The Queen went too far and summoned to many Alices, and after beating back the Nothing they began to argue amongst themselves about how best to re-build Wonderland. So began the Alice battle for the conquering of Wonderland.

Players take on the personage of the Queen of Hearts, the Mad Hatter, Humpty Dumpty, the Chesire Cat, and the March Hare, as they use Alice to take control of the cities of Wonderland. On their turn, a player may summon (play) an Alice card into her appropriate coloured card slot, or facedown in any slot as a Commoner. Generally, an Alice may only be played on matching colour but a Commoner may be played on any colour. The colours are Red for Military Power, Blue for Population, Yellow for Dream Power, Green for Mobility, or White for Order. Each unique Alice has a power derived from her colour, and when players invade a space they get an Invasion Bonus based on how many Alices and Commoners they have played in that space’s colour. The game only lasts 14 rounds, so players need to plan carefully if they want to earn the most points and claim victory.

I admit that’s not the greatest gameplay description in the history of the world. But the game has a lot of finicky details. The rulebook does a good job at breaking things down, but there is still a really steep learning curve. I would recommend planning to play at least two games your first time. Because of the limited number of rounds, most players will spend a bunch of the first game trying to get used to everything, and the second game will be more competitive.

The chibi-style artwork is a ton of fun. The overall feel is very soft and wonder-filled. The one thing I don’t like about the art is that all the characters are supposed to me Alice, right? If I didn’t know that, I would never know that. There is simply nothing to visually connect Original Alice to Panzer Alice to Fighter Alice to any other Alice. I love every Alice, but there’s nothing that says “Alice” in many of them.

Once you get past the learning curve, Alicematic Heroes is fun to play and gorgeous to look at. The 3-5 player count caused me some grief, but that’s a personal problem, not a game problem. This game is just one more reason to love Lewis Caroll’s twisted and fantastic works.