[read all his reviews and such here]

A photographer, entertainer, and gentleman adventurer, 'Papa Razzo' David Chapman is our founder, and Grand Poobah of Geek, here in the Rat Hole.

His photos have been published worldwide, including by Archie Comics, On Spec Magazine, and numerous pro wrestling magazines. In his "spare" time he enjoys radio drama, playing quidditch (yes, really), and occasionally being a lake monster.

You can find more of David's reviews at Geek-o-Rama and his photos at Papa Razzo's Photo Library on Facebook.

[read all his columns here]

Brent is a tabletop gaming geek who's getting older, smarter (fingers crossed!), and has a desire to give and gain wisdom to and from the wider gaming community. He played his first D&D game in 1980 and never looked back. He's a lifer who fought The THAC0 Wars so you don’t have to. He thinks everyone has a space at the table, and has a low tolerance for gatekeeping douchebaggery; this is your only warning.

He is a regular blogger at Renaissance Gamer, where he talks more about his own games and campaigns, as well as gaming around Edmonton, AB. He also works as a freelance editor, with a focus on fiction and tabletop gaming material. If you’re looking for one of those, you can reach him through his “Need an Editor?” page on his website. If you Twitter he's @DorkLordCanada, feel free to tweet at him there.

[read all of her reviews here]

Born in Nova Scotia, this transplanted Blue Noser has called Alberta home since 2007. Trish Koning is a mother of two and when she isn’t wrangling her own kids, she works full time as a middle school humanities teacher. An avid nerd Trish enjoys all aspects of geek culture from Cosplay to Dungeons and Dragons.

Check out some of our Special Guest reviewers below

If you want to join our team email us at TheRatHoleReviews@gmail.com 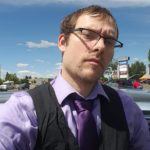 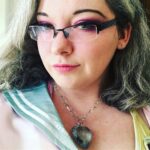 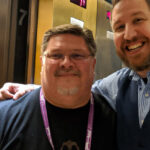 Back to the important stuff...

Jump to the reviews